Posted by timnapalm at 5:55 AM No comments:

To take a break from the Best Of lists...

Mind you, it's not like I've got anything now beyond covering what films jazzed me last year. But, now that I'm back to being a full-time freelance rock journalist with a part-time job, it looks like I'll be blogging like I used to, even in the days of the old MySpace blog. Just to keep my writing chops up - part of my daily routine.

And there's lots to talk about. For one: Reg Presley of The Troggs passed away yesterday in his UK birthplace of Andover, 71 years old, following a battle with cancer. 71...you can't say the guy didn't live a long, full life, outside of producing some of the most Troglodyte riff rock of the '60s and all time with his aptly-named band. I mean, "Wild Thing!" C'mon! Pure, savage, artless art there, man! "With A Girl Like You": The most brutal slow dance track written and recorded. "I Can't Control Myself," a song both Buzzcocks and The Hormones covered. (Might have to revive that arrangement!) "Love Is All Around," a tune The Angry Samoans covered live at one point, reportedly to Mohawked slamdancing youth that'd merely slow the slamming to the song's pace! According to both the obit Reg's hometown newspaper posted (and hyperlinked above with his name at paragraph's beginning) and in John Robb's own obit at Louder Than War, the guy had a lunatic interest in crop circles, and apparently spent much of his makings from The Troggs researching them. That is hilarious! Thanks for producing some of rock 'n' roll's most brutal pre-punk, Reg. Rest in peace, hermano....

Been listening to a stream of Pissed Jeans' newest at Spin magazine's website (which is all that remains of the mag, now that they've ceased doing print editions). The site's prose on it ("The Philadelphian post-hardcore slashers' fourth album, in its sweaty entirety," "Better to piss your jeans than to fade away") reminds me why I fucking hate how Spin progressed from its beginnings - supercilious, self-satisfied, mock-clever know-nothingness is infinitely unattractive. Still, the record's a rockin' bit of post-Damaged sludgecore, furious and propulsive. It can be heard here....

Interesting piece in The Guardian concerning pirate download sites. The title says it all: "Pirate sites are raking in advertising money from some multinationals." Subhead: "Illegal music download sites pocket large sums of ad revenue without investing in the content's development." Basically, the very tool that decimated the music business as we knew it insisted musicians' work, now basically paid for out of their pockets (rather than through record company financing), be made available on the internets for anyone to download without recompensating artists, all in the name of "freedom." Yet the sites are making huge profits off banner ads, frequently from evil multi-nationals, gambling, and dating sites and the like. Sure, the old biz model was a feudal system in many respects. But it at least offered the possibility of trade for work. This reduces creative types to hobbyists, while a handful become wealthy off those artists' sweat and toil...that they're paying for. Sounds more like "freedom to join the 1% through robbery," to me. This really gets you thinking....

Fuck. Miles more to go, before I have to leave for my part-time gig. 'Til next time....
Posted by timnapalm at 11:33 AM No comments:

Feburary 2nd, and I'm STILL working on my Best Of lists for last year?! What the hell is my problem, anyway?! Guess life is too busy being lived to think about it. Plus most of my stuff is still sitting in a pal's garage in Denver, waiting for me to work up the scratch to have it shipped back to me. (And THAT will take awhile, as I found the solution to What I Will Do To Replace The Temporary Holiday Job At The Book Store is Getting A Two-Day-Per-Week Retail Gig And Finding Myself Inadvertantly Becoming A Full-Time Freelance Rock Journalist again. Which means I'm busy as hell and not going to see much in the way in cash until maybe a month from now. But it's all good, as certain annoying sorts like to say....)
So, since I've now got my brain properly hyper-caffeinated and Johnny Throttle's excellent England's-Finally-Got-Its-Answer-To-The-Devil-Dogs debut LP for the wonderful Dirty Water Records imprint damaging my hearing further, all I can do is search my fevered brain and attempt piecing together what books I read last year, keeping in mind I read on average a book per week. And not all of those I read are new. And I couldn't afford a lot of new books last year. Nor could I always find what new ones I wanted to read at the public library nor in my friends' private collections. Nor that I really want to keep digressing into the ozone like I appear to be at the moment.
Among the new books I remember liking was certainly Johnny Ramone's posthumous memoir, Commando. A fast read, mostly due to its intended form (Johnny's brief reminiscence accompanied by others' voices), it neither misses the intended other voices nor needs them, nor feels skimpy. In many ways, Commando reads like both Johnny's right-ward politics and highly influential guitar style: Loud, fast, brutal, fun, funny, terse and economical. It also gains bonus points for its unusual packaging, which is reminiscent of a grown-up punk rock version of a Little Golden Book. 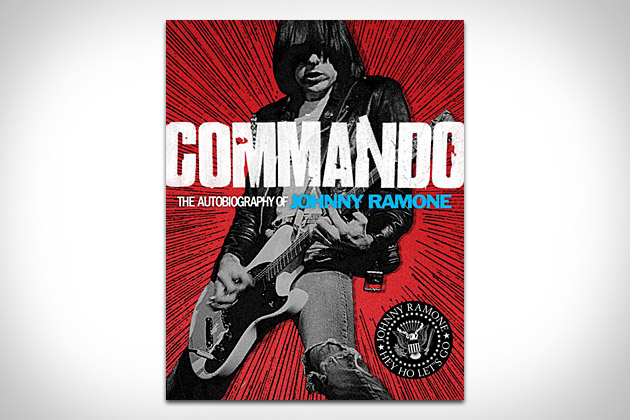 Then there's the literary debut of my long-time pal, the Rev. Norb. Besides becoming my favorite podcast DJ with his “Bubblegum Fuzz” show and a professional Trivia Night host in his native Green Bay, WI, the former Sick Teen/Sic Teen editor and MRR columnist and bandleader/frontman (Suburban Mutilation, Depo Provera, Boris The Sprinkler), Norbie became an author last year. It apparently was the best way for him to cope with being snowed in during a typical Green Bay winter. He decided to simultaneously tell the tale of Boris' history and explicate his hilariously dense lyrics for the band. What The Annotated Boris ended up being was as hysterical and smart as you'd expect Norb to be if you have even the thinnest familiarity with his work. It's also the most hilariously-overannotated book ever written! Seriously: The footnotes are as equally weighted as the text! It also reveals Norbie to be the seriously great lyricist I never really thought about him being (and unfairly so, I'll admit): Over-the-top funny and intelligent as you expect him to be, densely-packed with cultural references and in-jokes, and surprisingly angst-filled. I never thought I'd be saying this of my friend, as much as I admire him. But with The Annotated Boris, Norb could stake a claim to being a spastic American answer to John Cooper Clarke! 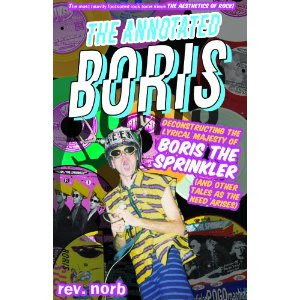 Then there's Punk Rock: An Oral History, from my boss at the Louder Than War punk site, John Robb. John's kind of my English cousin: A long-time punk rock musician in The Membranes and Goldblade and a respected rock journalist with Sounds and other publications. And this is not really a new book, but the long overdue American publication of a 2006 book of his. It takes the form of other punk histories like Please Kill Me and We Got The Neutron Bomb in allowing the participants' voices tell the tale, and yes, this is strictly focused on the UK. But unlike nearly every other book on the subject, Punk Rock: An Oral History DOES NOT presume punk died with Sid Vicious' last breath and the story there. Robb takes in UK punk's 2nd/3rd/4th waves without sneering (another thing these sorts of books never do), and also takes in post-punk and offshoots like 2-Tone. Voices that frequently get drowned out in these books by John Lydon and the usual suspects also get their volume knobs boosted dramatically, such as Charlie Harper, most of The Damned's membership, TV Smith and Gaye Advert, Penny Rimbaud, etc. It's a truly worthy, fine, necessary addition to the punk rock bookshelf, very welcome. 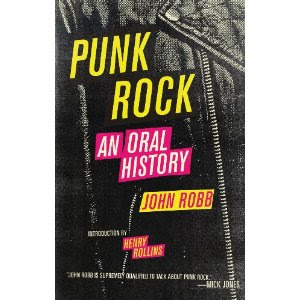 And that's all about all I can stand of this exercise, for now. Now I have to wrack my brains and try to think of what movies I liked last year. 'Til then....
Posted by timnapalm at 8:51 AM No comments: